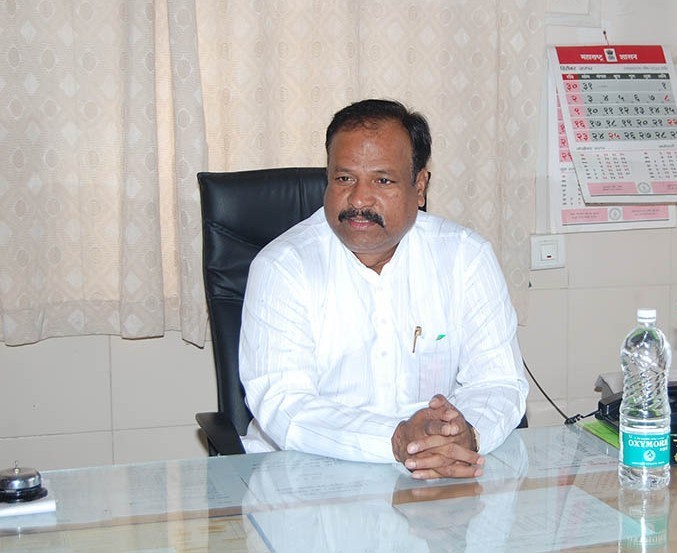 Abdul Sattar Abdul Nabi was born in Sillod on 1st Janurary, 1965. His family came from modest background but his father laboured hard to provide for the entire family. Abdul Sattar himself did odd jobs to supplement the family income and completed his school studies. He finished his B.A. studies. During this time, a small cycle shop was started by Abdul Sattar and his elder brother Abdul Gaffar. During this time his family’s financial condition started improving slowly but surely.

Abdul Sattar studied in G.P Primary School (Sillod) and completed secondary schooling at New High School (Sillod). He completed higher secondary and graduate studies at the Yashwantrao Chavan College. He showed a keen interest in politics and administration while studying in school and college. In school he would often be selected as class monitor and in college he took part in elections for class representative (CR). In 1984 he took part in Gram Panchayat elections and won.

He got the opportunity to learn the ropes of politics from the Late. Minister Baburaoji Kale, Late. Balasaheb Pawar an expert in co-operatives and educationist Late. Manikraoji Palodkar. He imbibed various qualities from these leaders and developed his own leadership qualities.

The Sillod Grampanchayat on 1st January, 1990 became a town council. Working in the council he skillfully managed to get work of many people done. While he did have a political background, he successfully created his own identity in politics with hardwork. He made a habit out of diligently and patiently striving for success. No one from his family had even been a Panchayat member. Politicians, well wishers, workers and supporters collected around him because of his style of functioning and his nature.

IN 1994, Sillod saw its first Nagar Parishad (city council) elections. The condition of the Congress party was difficult. Out of the 27 members only 5 had been elected. Abdul Sattar and three others were in the race for Presidentship of the Nagar Parishad. He managed to get support of Shri. Ashok Suryavanshi and three other Nagarsevaks along with that of Communist Party India, Janata Dal and independent members. He won the candidature in the elections.

His adversary Shiv Sena – BJP candidate Late. Umesh Kulkarni got the same number of votes as Abdul Sattar. In the resulting draw of lots, luck was on the side of Abdul Sattar and he became the first President of the Nagar parishad (City Council). On 9, August 1996 a vote of no – confidence was passed against him by some dissatisfied members of his own party with the help of the Shiv Sena – BJP combine. He had to step down but with renewed confidence he and his own strength he soon won back the Presidentship of Nagar Parishad.

In the Sillod Nagar Parishad elections of 1999, being a member of the Congress party he worked towards the candidature of many of his supporters and this success led to the party creating a mark in Sillod thanks to his dedicated work.

In the elections he was however unable to secure the post of the President of the Nagar Parishad (City Council) but he won it back within a year. Barring about three years, Abdul Sattar and his wife Nafisa Begum Abdul Sattar have between them held the Nagar Parishad’s President’s position for 20 years. Under their leadership Congress has 25 elected members out of a total of 29.

He encouraged education throughout the constituency with the help of National Education Society and Pragati Shikshan Sanstha. Urdu and Marathi medium primary and secondary high schools were established along with setting up Marathi medium colleges. A teachers college (D.T. Ed) was set up in Marathi and Urdu. Through this hundreds of families have received education and proper employment opportunities.

While with his association with District Central Co-operative Bank, Haj committee, employment guarantee projects, Panchayat Raj and other government committees has greatly helped the farmers, farm labourers and traders.

As President of the local body of the party, along with Yuva Congress and Congress party he used every opportunity to strengthen the party. He managed to associate the regions youth, women, farmers, farm labourers and tradesmen etc with the Congress party.

Once he was elected as member of the Vidhan Parishad, Abdul Sattar worked towards the supremacy of the Congress not only in Sillod Taluka but in the district of Aurangabad – Jalna. He was able to attract workers from other parties to strengthen his own and soon even in Nagar Parishads which were under BJP-Shiv Sena – Khulatabad, Waijapur, Paithan, Gangapur, Kannad, Jalna, Bhokardan, Partur had the Congress flag fluttering.

Being a member of the Vidhan Parishad he was able to bring in more funds to carrry out various developments in his constituency. Abdul Sattar’s hard work has helped the Congress to see success in this area.

He has fought against his own party elements in Sillod – Soygaon Taluka during the drought and hard times. He has organized historical protests to help farmers, farm labourers and youth get work and proper payments.

In 2004, Congress party impressed with Abdul Sattar’s style of work, gave him the candidature for the Sillod Vidhan Sabha constituency. But many of his own party members opposed him and voted against him making him lose by only 301 votes. Not losing hope despite the electoral loss, he continued to work for the people and strengthened his party.

He was again nominated as a candidate in the 2007 Vidhan Sabha elections. But unfortunately in this elections, alliance partner Nationalist Congress Party, put up an independent candidate against him and Abdul Sattar was defeated. But the tireless Abdul Sattar continued to work day and night to bring in renewed energy in his party members.

The Congress party made him a candidate for the 2009 elections. The differences that had crept up from 1996 to 2008 with his political mentor Zilla Parishad ex-President Shri. Prabhakarrao Palodkar seemed to have sorted out. With his help Abdul Sattar won the Vidhan Sabha seat with a great margin of about 30,000 votes. This led to the defeat of the Sena-BJP alliance in the constituency.

In the following years, he brought about many developmental projects in the constituency. What the previous Sena-BJP alliance had not accomplished in 15 years, he was able to outperform them in the next 5 years. The Sillod – Soygaon Panchayat was drawn back to the Congress. He also contributed greatly in bringing back the Aurangabad Zilla Parishad to the Congress.

He was made a Minister of State by Former. Chief Minister Ashokraoji Chavan and he made full use of this golden opportunity.

Many developmental projects were started in the Sillod- Soygaon Vidhan Sabha constituency consisting of 168 villages. He supported road construction, road repair, taring and cementing of roads projects. To help increase water levels for irrigation he helped out the Nillod, Charner, Pendhgaon, Jalki (Vasai) central projects. He also helped setting up of many cement dams, mud dams, farm ponds, forest lakes and springs. He also carried out repairs of Kolhapuri Dam as well as other spring water lakes. This helped increase irrigation in the region.

For nearly 4 years he was not a minister yet he did not let the development work slow down. A month ago, the Maharashtra Chief Minister Prithiviraj Chavan made him a Cabinet Minister in charge of Animal husbandry, Dairy Development and Fisheries. This gave him an opportunity to work not only for his constituency but also for the whole state.

Every year water shortage would affect developmental work in the city. Abdul Sattar using innovative ideas dug up canals from the Khelna Medium Irrigation Project to solve the shortage successfully. The Chief Minister along with other ministers visited the Khelna project to understand how the potable water problems were solved and praised Abdul Sattar for his work. This idea has been used elsewhere in the state to solve similar water problems.

He has changed the face of the constituency by bring in a lot of funds for developmental work. Roads in the city as well as the village areas were in bad condition. These roads were repaired ensuring smooth movement of traffic. The town of Sillod now has cement roads and good drainage system along with bridges. It has public auditoriums and wedding halls have been built. Medical service centers have begun. In the Sillod zilla a well equipped hospital, two trauma care centers in Sillod-Ajanta have been put up. Work on a child care center and a women’s hospital has started. Financial help for farmers suffering from drought, excessive rainfall, untimely rainfall and hailstorms has been taken up on war footing.

For the empowerment of women, financial help is made available at very low interest rates to women through the Mahila Bachat Gat.

In the Sillod’s future Tanker Mukt (Tanker Free) the water supply for project has begun from the Khadakpurna Dam.
Aurangabad – Fardapur four lane highway road will get two new flyovers to reduce the city’s traffic congestion. To address the legal problems of the citizens of Sillod, a zilla level court is to started. Abdul Sattar is working towards providing the people with every comfort and facility.